Fifteenth century was for sure an obscure period, as persecutions and superstition were still widely spread.

At that time, greedy merchants and hungry peasants often tried to adulterate valuable spices, for example making Saffron heavier in order to earn some more.

But so called justice was really relentless.

Often death sentence was a relief compared to torture.
A rapid death was a sort of gift judges could give to the sentenced.
But this rarely happened.

For example, in Nuremberg, judges condemned those who adulterated the saffron, to be thrown into the Loch, a 2 square meters cold and wet underground dungeon.
Here they waited to be tortured.

Some of the main torture tools where: chains, torture wheels and glowing embers. 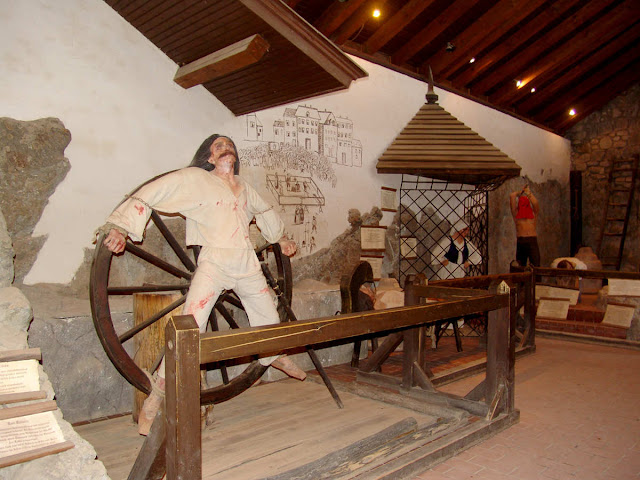 Some practices done to make the saffron heavier were:
-to add honey before the dehydration process
-to keep saffron in a wet cellar
-to add parts of Tagetes red flower petals

Jobst Finderlers was burnt alive, and his own saffron was used to turn on the fire.

Elss Pfnognerin was accused to have sold a very small quantity of not pure Saffron in the market.
Her body was covered with her saffron before she was buried alive by the executioner.

Hans Kolbele was a merchant that probably had made judges really angry.
First of all he was tied and dragged by a horse until his bones were completely broken.
Later he was gutted and at the end he was buried still alive, and his mouth was filled with his own adulterated Saffron.