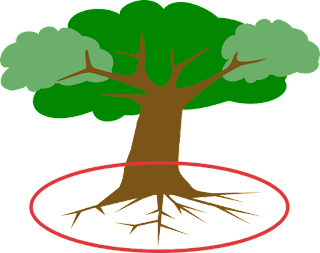 In this article we'll discuss on the ROOTS to create a successful agricultural product.

Your high level goal must be:
Solve someone's problems* or satisfy his/her needs.
(Are 2 ways to say the same thing). *Problems are worth be solved by someone else (you) when:
-they're important = they concern important aspects of life: money, health, relations.
-they could cause significative damage (though they're important, if damage is low, probably you can ignore them)
-there's an urgency. There's a limited amount of time after that something severe could happen.

It isn't important if the number of potential people interested in your solution is low.
In reverse the smaller is number of people, the bigger is the chance to discover a niche**.

**to be clear: niche doesn't mean that for example, you aspire to solve a problem that is so specific to affect 2 specific people you know, and only them.
But instead, it means that at the moment it regards a few people but potentially could interest a bigger number in the future.

Example. Think you are still in the 2006 when few people owned a smarthphone, and you foresee that in 4 years many people could ask for infrangible touch screen glasses. So you start to plan a business in this specific area.

Positiong is a concept created by Al Ries and Jack Trout. I suggest everyone to read their book "Positioning: the battle for your mind".

Positioning regards to cover a precise position in the customer's mind.
To say it really simple: "I'm the company that....".
You should be able to say that your company is different because "you're the only one that...[do something]".

Why is important to Differentiate?
Because being Different you own a market.
If you own a market you can manage the price, avoiding the "battle of price".
I've discussed about this widely in a previous topic.

To succeed in this you can choose to follow 2 different paths:
-To create a disruptive product/technology (think of chocolate, mayonnaise...). A really new thing that any other owns.

-To take an existing product/technology/service and serving it in a new way. (think you're the first factory to produce freezed pizza. You don't invent pizza but a new added service).

The crucial message that Al Ries gives in his book, is that a position regards the mind of the customer. This means that positioning could affect also only a perception.

Example. Think about luxury cars.
Do you really think that a 500,000 dollars car is so expensive because is more than 30 times "something" than a 15,000 dollars city car?
Luxury cars producers sell a concept. A status symbol. Something intangible. But people are willing to pay it, so producers have recognized a niche. They haven't invented cars or a specific car type (sport cars, SUV and so on...). They've simply created a perception in the mind of a certain type of customers.


Now it's your turn.
Decide on how to work.
Way 1: create disruptive product/technology
Way 2: work on an existing product.

As you can imagine the Way 1 is the hardest. Very difficult to follow. But this doesn't mean you can't succeed. Disruptive technologies come from rare intuitions (i.e. the wheel) or from expensive research processes (i.e. spaceships).

The Way 2 is generally easier. But not easy. (for example: Steve jobs thought to apply touch screens to phones)

Positioning is a hard work and need you're able to listen the marketplace, your customers and your competitors.

Regarding the way 2 I've written a specific article I suggest to read before you start to work.

Feel free to ask me any question.